So many of the shows I’ve watched lately have been firmly grounded in real life that I felt that I needed to switch things up a bit and introduce a little more fantasy into the mix, so what better than one that has been on my list for a while now…Hwayugi.

Let’s get the shallow out of the way first. While I’m never gonna fully embrace that V-front hairstyle on the very dishy post-army (special forces, btw) Lee Seung-gi, I gotta say, he put his time in service to good use because he’s more appealing than ever. Rowr! I’ve always found him very appealing, and that attraction has not dimmed in the least. He’s naughty, and nice. 😉 He’s the Monkey King who cons a little girl, but he’s also unable to break certain rules, like eating said little girl because of a contract made with her. (A bad boy, but he’s nice… haha) 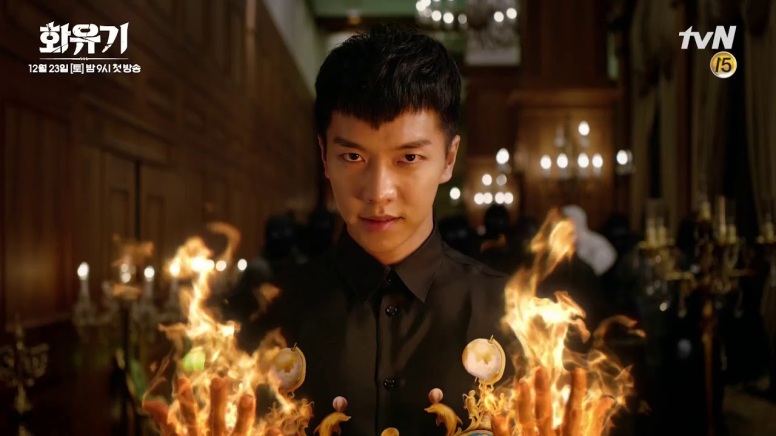 Cha Seung-won is big, bad, bold, and often over-the-top, but I’m never gonna complain about time spent watching that face and figure in action. One of my original Top Ten, he’s still up there. And, because he’s a lot closer to me in age, I never feel like a bad, bad girl when doing a little swooning. 😁 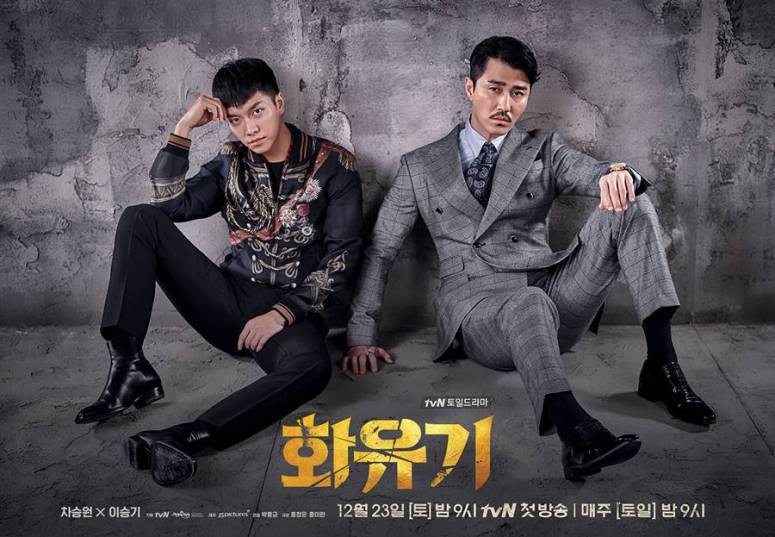 Oh Yeon-seo has had some good roles in the past, and some that were “okay,” so fingers crossed this falls into the former category. I just wish that they would never, ever use matte lipstick on her; the girl needs something more moisturizing! 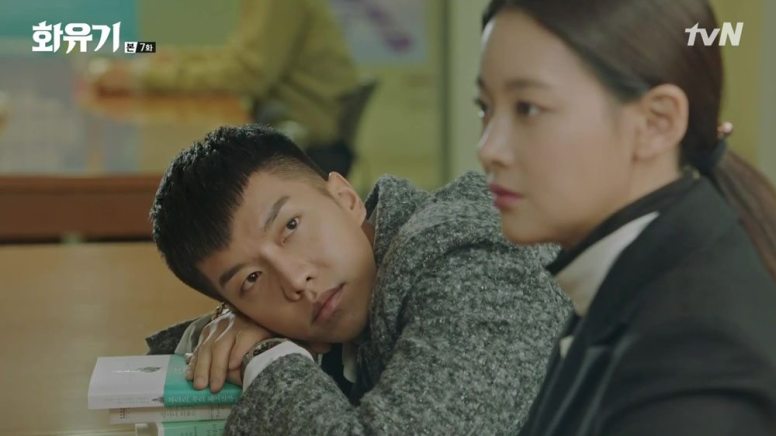 As for the plot, gods and demons and ghosts are all perfect for this time of year, don’t you think? I don’t know much about the original Chinese story that inspired this (very loosely), The Journey to the West, but that shouldn’t matter much. I just want to sit back and enjoy Lee Seung-gi’s bad boy Monkey King (a fallen deity) struggle with being in love (a magic bracelet may or may not be involved) and wanting to acquire his lady love’s powers and getting back to Heaven as a full-power deity again. And I want to enjoy seeing Oh Yeon-seo make him work for it (but not the getting eaten for her powers option, of course). And I’ll happily let Cha Seung-won, get in Lee Seung-gi’s way all he wants. Oh, and Lee Hong-gi is in this too, as a pig demon masquerading in the real world as a celebrity idol singer – win/win!