I’d always wondered why Viki, owned by Japanese company Rakuten, doesn’t offer more Japanese titles, but tonight I spotted one that intrigued me (even though I was really on my way to NIF2): Caution, Hazardous Wife, aka Okusama wa, Toriatsukai Chuui.

While I’ve only watched the first episode (of 10), it was sufficiently interesting that I will be back for more, especially because it has 2 actresses I like – Ayase Haruka as the titular “hazardous wife” and Hirosue Ryoko who I have liked in everything I’ve seen her in (even the not-so-good Mr Brain with Kimura Takuya) because she has such a natural expression. She was also in the very good movie, Departures. 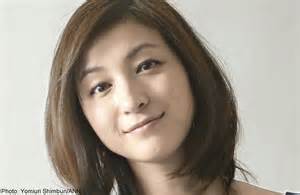 The plot sounds kind of familiar, along the lines of an old Geena Davis movie, I think, where she plays a former assassin or spy who’s now a housewife, or the Josie Brown “The Housewife Assassin” books. Ayase Haruka is a former secret agent of some sort who wants out of that life so she can have the warm family life she never had as a child. She achieves her goal (it seems) and settles into a new neighborhood and meets two women and they become friends – friends who aren’t afraid to meddle when it comes to doing the right thing.

At only 10 episodes (about an hour each), this reminds me of many of the J-dramas I used to watch. And because it’s a short one, hopefully it won’t have time to go off the rails! Fingers crossed 🤞