In case it’s slipped your radar, this is a drama starring Lee Na-young and Lee Jong Suk — another “noona” romance! The background is that they have been friends since they were children, when she saved his life way back when and got injured enough to need hospitalization for a year and he practically became her arms and legs — both in gratitude and in true friendship. Now they are all grown up, have started upon their lives and presumable remained as close as ever, and that’s why I had a real problem from the very beginning! She undergoes a real crisis in her life and can’t get much lower – in all ways..and yet we are expected to believe that he is oblivious to it all and has no clue what has been happening to her? Either she’s a very good liar or he’s become suddenly unobservant..lol..now..to be fair they might explain this in a perfectly plausible way..I hope they do or it will become one of those “holes” that we need to put up with. 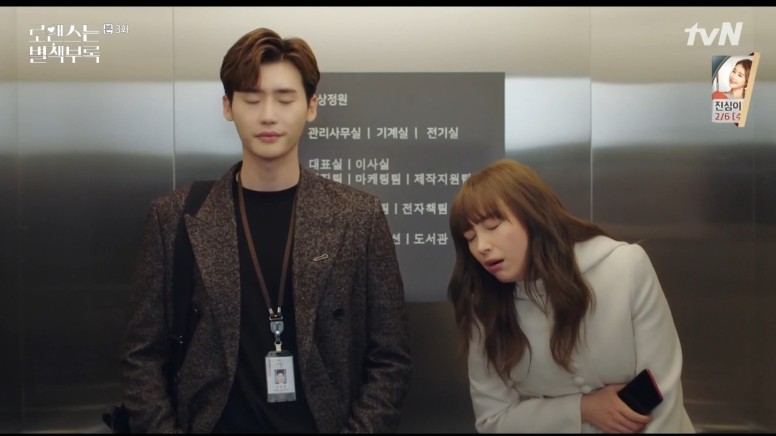 I’m still not totally sold on the characters I must confess. She, who is the most challenged at this moment and her character seems to be the most developed and nuanced while he is still really an enigma..stunning to look at but more superficial at this point. Would like to know more about him..other than he wears beautiful coats in stunning fashion..lol!

Half of the drama takes place at a publishing company and so we are introduced to a whole set of secondary characters..each one seems to fit the usual mode..overworked..constantly yelled at..having ideas “stolen” from them..moments of brilliance..perseverance and more. We’ve seen it all before..but I don’t mind that..especially if the end result is a “family” of sorts..can’t beat that!

I can’t decide if the leads have chemistry or not since I’m not totally committed to their adult relationship but I might feel differently after a few episodes. Of course he can be one sexy dude..but one thing I’ve always had a “problem” with in his case is that in one instance he’s extremely attractive and in the next instance, when he turns his head, all I see is this boyish face and he literally seems like a young boy in a man’s clothing…he’s just got that type of face I guess..

I’m not going to say that it’s won me over..yet..though I will enjoy the scenery while I make up my mind..