A surprising beginning, especially considering that Viki had this one under “romantic comedy,” and I can’t imagine what they were smoking.

Rescued from a riverbank, our heroine wakes up in the back of a wagon full of anxious young female slaves and cannot remember who she is. It turns out the princes are bored and one of them has set up a “hunting ground,” which features hungry wolves and terrified slave girls running for their lives while four or five princes pick them off with their arrows from a high vantage point. The object of this “game” is to see who is still left standing when the incense burns out. The slave girls were made to wear outfits adorned with each prince’s name, and the prince who had the most slave girls left alive by the end would “win.”

One particular asshole prince spent the whole game shooting down the girls because they were “easy marks.” Another prince first said he wasn’t going to play, then decided to start picking off the wolves that were ravaging the girls. He ends up shooting several wolves that were menacing our girl, and even knocking the arrow of the other prince askew when he targeted her.

Our girl fought hard out there too, killing two or three wolves by herself despite being partially mauled by them. In the end, she is the only one left standing; however the name on her belongs to a prince (our hero, I think) who didn’t even show up to “play.” (Though he did appear briefly, in the last minute, to knock aside an arrow that was meant for her, but then leaves in disgust.) Her fighting spirit attracts the attention of the wolf-killing prince and in the end he decides to take her home with him.

So far, none of this brutal carnage is remotely funny. Of the 30 slave girls, only she survived. Our heroine is thrown in a woodshed with her injuries, where she vows revenge on these princes who killed people for sport and valued lives so little.

Meanwhile our hero had been dodging a deadly honey trap back in his quarters, which his why he was delayed from arriving at the “game” on time. So I don’t know much about him, except that he’s very smart and someone wants to assassinate him.

None of that was funny either. Viki must be hallucinating. I really can’t imagine how we will reach “comedy” after this grotesquely sadistic beginning, but I’ll let you all know if the miracle occurs.

I really like this actress. I first saw her in the delightful “Shan Shan Comes to Eat,” and she was Ming Lan in “Story of Ming Lan,” too. But I could barely recognize her from either role!!! She looks so different! The guy who I think is our hero looks really handsome too. Oh, I just looked him up! He was 14th Prince in “Bu Bu Jing Xin”!! I didn’t recognize him either! 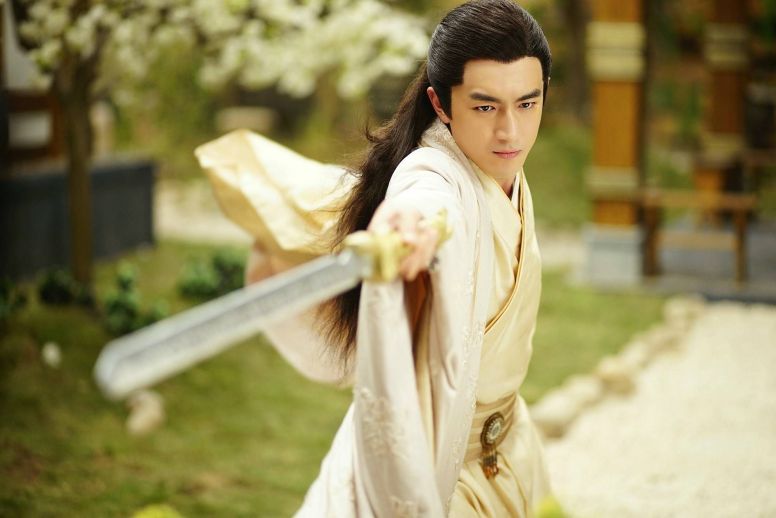