Hope all my chingus are well! 😁

And, unfortunately, I cannot recommend it. It’s a story that we’ve seen many times, and was too nicely wrapped up in a neat little package. The whole “ kumbaya” theme just doesn’t work for me anymore. People are allowed to get away with cruelty and real crimes and come out without realistic accountability——at least in my book. The story of young love lost and found seemed so promising, but the flashbacks turned out to be endless and every moment in the lives of our young lovers was re-lived in someway as adults. It just became more and more unbelievable even though I typically love love, no matter how the leads make it happen.

The most realistic thing in this drama, for me, was when the hero’s wife said to our heroine, “ If I’d known that there was someone like you in his life, I wouldn’t have chased him. She’d finally come to the realization that their’s was a love that she couldn’t compete with no matter how much effort she exerted good or bad. I also got tired of everyone telling our heroine how beautiful she was. Like why did that matter? Even if she were uglier than a blobfish, our hero would’ve loved her anyway. It just all got trite and monotonous with no where exciting to go…….Oh well…..

I landed on “When my love blooms,” the story of young love that lost its way, and twenty years later, we’ll find out if our over 40 ex’s can pick up where they left off. He is still married with a son, but recently released from a 4 yr prison stint that I get the impression was because of his rich wife’s family’s business dealings. She also has a son, but is divorced from her rich ex, and is making ends meet through her piano playing—— she plays quite beautifully. Both of their sons attend rich people’s boarding school, but her son is teased because everyone knows he’s there on a scholarship and is “poor” by their standards. An altercation between the boys leads to the ex’s meeting up again. Their story is also told in flashbacks via their college years.

I really like Lee Bo Young, ( female lead) who I’ve seen in more than a few dramas, and who is married to Ji Sung, but Yoon Ji Tae, (male lead) I only remember from the drama “ Healer,” although his resume is quite impressive!

Looking forward to some “grown up” love, lol! Will keep you posted! Btw, has anyone seen this drama???

Not sure how much they can update this classic, but I will put forth the energy to give it a try. Have not watched a Colombian novela in ages, or a novela, as we’ve known them, period. Can this one renew my interest? Guess I’ll just have to wait and see…….

So, while still in movie mode, checked out Gong Yoo and Jeon Do Yeon, in the 2016 movie “A Man and a Woman.” These two have special needs children, her a son, and him a daughter, and they meet in Finland, while dropping their children off to a bus trip to a special needs camp. Both are guarded, but highly protective of their children, so they decide to go to the camp themselves for piece of mind. When they reach their destination, they feel better and go off to share a meal. A snow storm ensues, and they spend the night, in separate rooms of course, until the storm blows over.

The next morning, they decide to take a walk, (the snow has stopped) and they end up in a small spa house in the woods. You can tell that both have been dealing with a lot where their children are concerned, and later we find out that there’s more to the story whereas they are both married to spouses with other issues. They end up making love, and part ways.

Eight months later, they meet again in Korea, and the love affair takes off. It almost seems “desperate” and “stalkerish” on Gong Yoo’s part, but as they get in deeper and deeper, the feelings are reciprocated on the heroine’s part too. They eventually want to take off together, but both are too committed to their children, and their marital situations as well. The sadness in their eyes and their beings, as realization of their situations set in more and more broke my heart for them. Worth the watch though, cause Gong Yoo is always worth it to me, lol. Also nice to see Jeon and Yoon Se Ah (aka “Ghost”) from LIP share the screen again…..

Which actually should’ve been titled “In search of Jin Cheol,” lol. Anyhoo, I could’ve sworn that I’ve seen the actor, Yoo Yoon Seok, in another drama or something, but looking up his bio, it doesn’t seem I have. Moon Chae Won I’ve seen many times before though. The premise of them meeting up on a train and graduating to coupledom sounded cute, and I was really in the mood for a short movie.

However, the movie fell flat for me. I couldn’t really see him as a player who breaks hearts, but more of a man of a series of relationships that didn’t work out for one reason or another. Moon Chae Won, otoh, I could see as a girl in a “going nowhere 10 year relationship,” but I didn’t feel the necessary connection as to why she hung in there that long. Her boyfriend, mind you, was only on screen for a hot 2 mins, but Korean writers usually live for the breakup scene! Had it been an angst filled breakup, I could’ve believed her reason for hanging in there 10 yrs.

The leads had some chemistry, but not enough to root for them moving forward. He was a great kisser though—— so my heart jumped .5 on the Richter scale……everything else was very formulaic.

Guess I gotta watch So Ji and Han Hyo Joo in “Always” again, lol….Heard So Ji got married last year! I’m truly out of the loop!

Started watching the short novela” Pajaro Soñador” at the recommendation of my long time coworker. It’s actually a Turkish novela, but is on Unimas in Spanish. It’s fresh, funny, different, and the leads are great, although they’re both just too beautiful for words, lol. She’s an aspiring writer who is mandated by her parents to get a job before they marry her off. He’s a worldly photographer, who takes over his father’s company due to his Dad’s health problems. His brother, who’s been with the company is not too happy and engages in behind the scene hijinks in order to sabotage his brother—— at least I think so, since my Spanish a little bit “iffy.” This one is dripping with “beautiful” people, but interesting characters and a pretty good storyline.

The chemistry between the leads is off the charts though—— and did I mention it’s funny! Episodes are on Unimas’ website if anyone is interested, or looks for something different in the future

I loathe, detest, abhor, downright HATE the man! They’d better have a KNOCKDOWN fit for a King for his devious arse! Anyhoo, I’ve liked this actor, Ahn Nae Sang, in quite a few other dramas. He’s a veteran with an impressive movie and drama history, so disliking him intensely is pretty easy, thanks to his acting chops lol.

Smart drama! Lots in the 1st ep to keep you interested enough to want more. 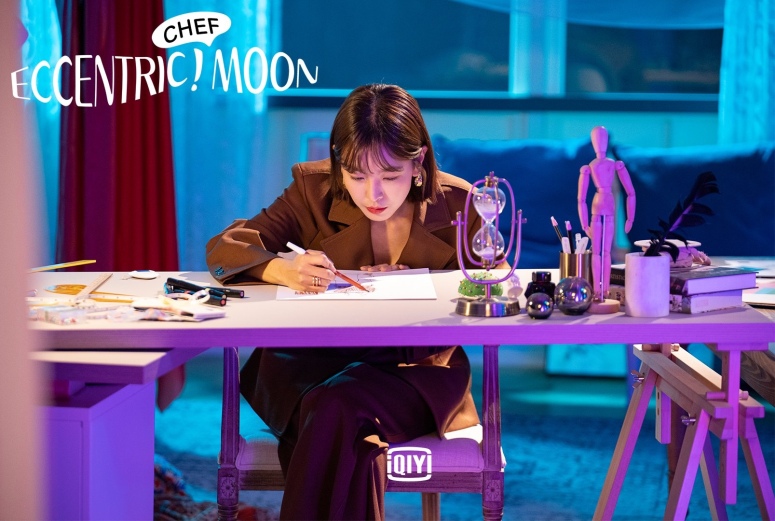 He’s a Chef of course, an accomplished and famous one. She’s also accomplished, as a fashion designer, albeit an anorexic one who keeps her true identity hidden. There’s mystery, intrigue, bad guys, good guys, happiness, sorrow and an unusual surprise for our hero——all in ep 1! Eric has matured and I like it! Jury’s still out on the heroine, but she’s definitely got my attention!